An open letter to Motherboard manufacturers, specifically Gigabyte because they’re my favorite, and I have very little hope for Asus after their Z77 and first wave Z87 boards…

Gigabyte released three Z77 boards with thunderbolt (and zero at launch for Z87, though a couple have been promised) and the only mATX board was utter trash, and never available in the USA. Why?

(Oh the irony after my mac pro posts, right? Thunderbolt is still a great technology for home users, I just think it’s incredibly presumptuous, condescending and downright stupid for Apple to push it as the only expansion option on a “Pro” class workstation. Thunderbolt is not a viable alternative to internal pci-express expansion.)

Anyway, back to my open letter. Motherboard makers, how hard is it (be honest now!) to make a micro-ATX motherboard with the following:

The board doesn’t need to be cheap either, don’t skimp on features or quality to keep cost down. There’s clearly a market for high-end, feature rich mATX boards, and a board with the above features could retail in the $250+ USD price bracket, and still sell, especially if they managed to implement some of the obscure suggestions like PLX auto-sensing, or displayport input for discrete GPU signals over thunderbolt. I’d buy it, and I’m sure a lot of others would too.

Hell, put the board on kick-starter if you really need to gauge market interest, I’ll personally pledge right now to back it up to $300 USD.

The GA-Z87X-UD4H board I mentioned above. Imagine an mATX version of that, but with dual-thunderbolt ports, better audio, better fan control/cooling support, and a PLX bridge to better future-proof the board for forthcoming next-gen GPU’s in SLI/Crossfire. 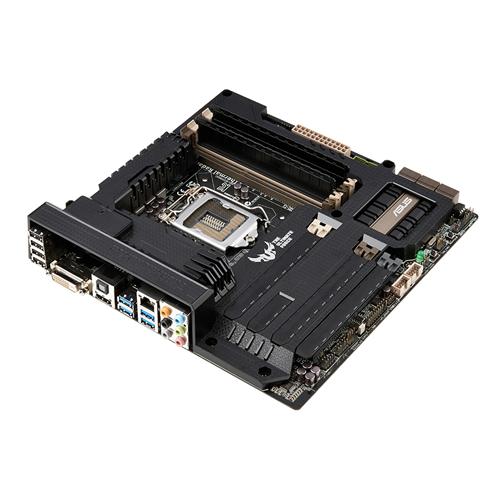 EDIT: I’d even take the Asus z87 Gryphon board if their “ThunderboltEX/Dual” card wasn’t turning into vaporware (likely due to intel denying them official certification.) So come on Asus, give us a Gryphon with Dual thunderbolt ports, but don’t just trash the bottom slot completely when you route the pcie lanes to the thunderbolt controller; find a way to at least give us an x1 slot there.

And lastly, an ASRock option. I don’t care for the color, but trash the on-board mini-pcie/msata/ngff slots, add dual-thunderbolt, and find a way to keep at least an x1 slot on the bottom, and I’d take it.

Really my point is that there’s plenty of companies today making highly, HIGHLY specialized micro-ATX motherboards, but they all hate thunderbolt for some reason.